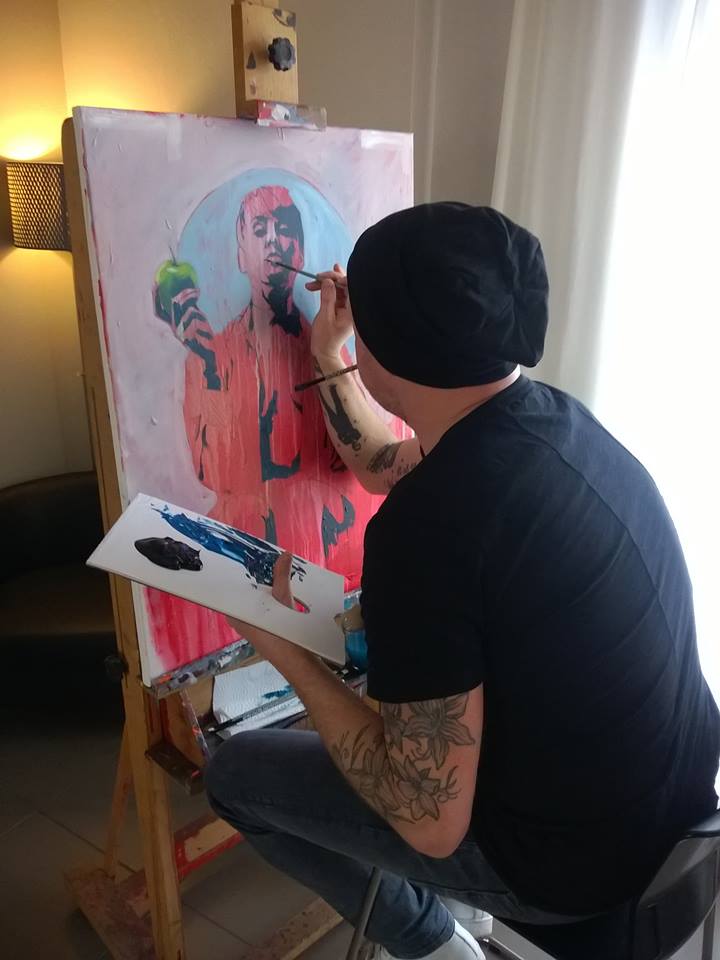 ief peeters ( ief is the phonetic way of writing the French name ‘yves’ in Flemmish)
Born in 1974 ( Beringen, Belgium )
STUDIES
Masters in Visual Arts, St Lucas, Hasselt – Belgium Aggregate Visiual Arts, PHL, Hasselt – Belgium
Drawing and painting. Leaving traces on paper and canvas. A desire to express one’s perception of reality. Molding it according to one’s own insight and desire, with the means at hand. Paint. Brush. Canvas. Pierre noire pencil, graphite and paper. Dare to step into a dialogue with the spectator and the bystander, only using texture, form, colour and light.
As long as he can remember, Ief had colour pencils laying about everywhere. Drawing on paper, on the floor, and – much to the dismay his parents – even on the walls of the parental house.
Et il fait la sourde oreille.

He always refused to make art just to please the wishes and wants of the spectator. A teaching position at the Art Academy, commissioned portraiture, model and landscape paintings, drawings and expositions in various European countries are part of his professional life and commissions arrive from as far as the United States and Canada.


He makes drawings and paintings wich seem to go further then that was is immediately visible: the look in the eyes, a facial expression, a pose…deviant and expressive colours combinded with restless and schematical brushstrokes show the frailty of the concept and the model. Approaching the classical portrait in an other manner, by portraying the vulnerabilty behind the presumptuous glance. It is up to the spectator to enter inside this artistic conversation.